Here at Blake Pointing, repointing brickwork is how we make a living. Continuously trading since 1969, we have been your local brick repointing specialists for the past fifty years, delivering impeccable repointing services to our domestic customers and our commercial clients in Wanstead, East London, and right across the South East of England.

In that time, we have built up an enviable reputation for the quality of our work, the professionalism of our staff, and the expertise they bring to every job. This reputation is built largely on the recommendations of our thousands of satisfied customers across the South East region, to their friends, families, and work colleagues. We do not take these recommendations lightly, and strive to meet or exceed the expectations of each prospective customer wherever possible. 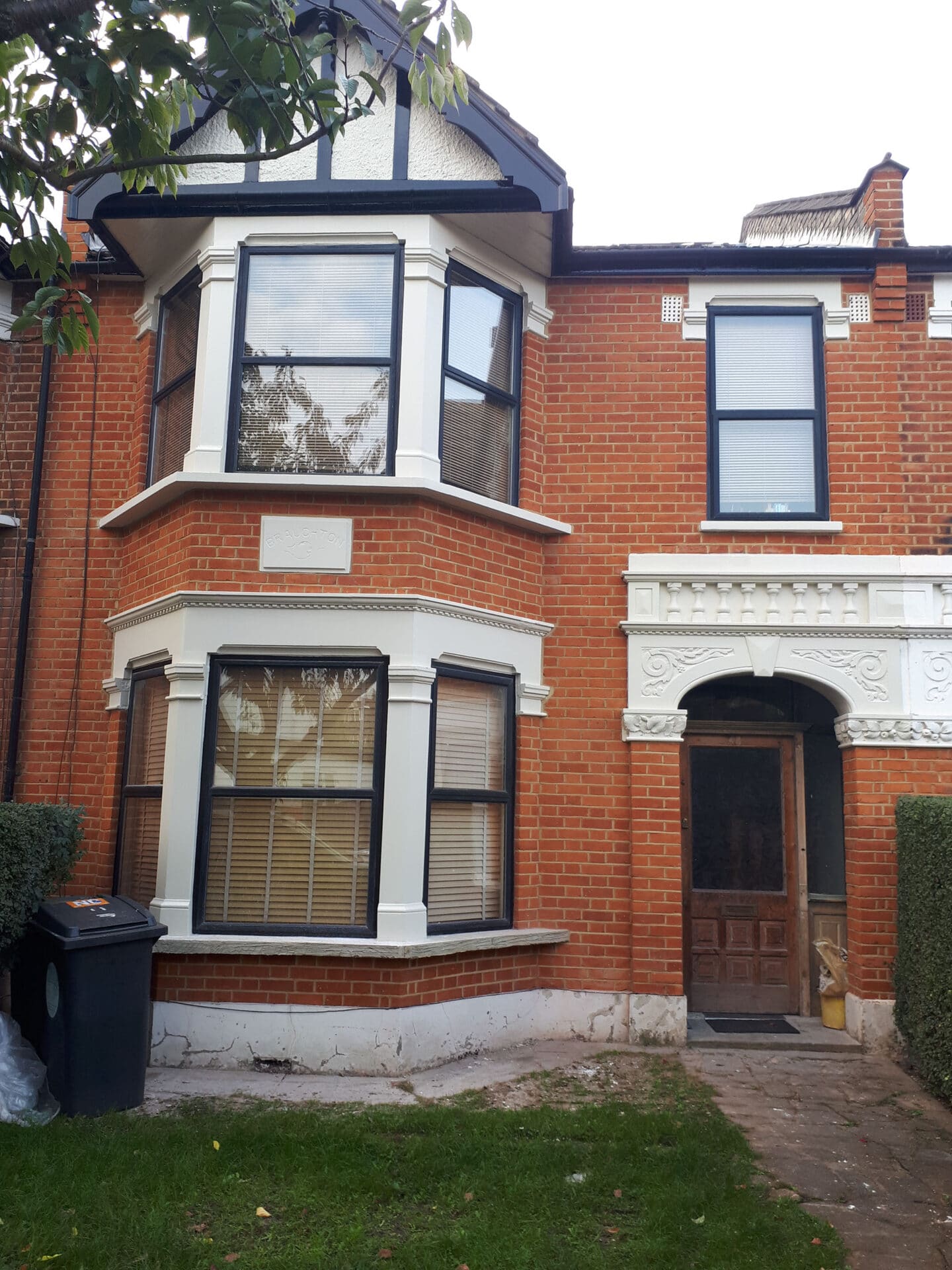 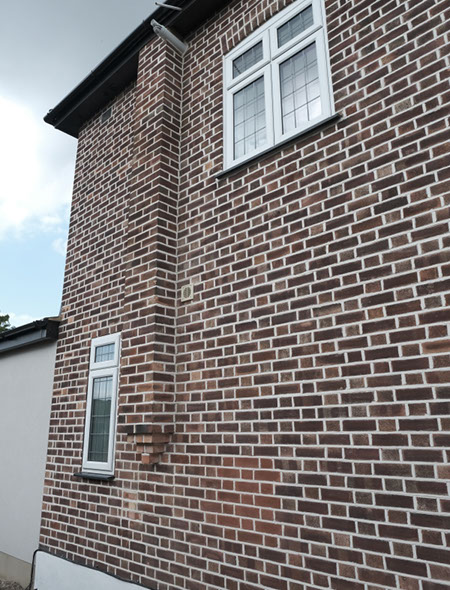 What is brick repointing?

Pointing is the technical term used by masons and those in the construction industry to describe the bonding material that joins bricks and stonework together in a building. In the early days this was often a mixture of lime, water, and some sort of aggregate such as sand. Since the early 1930s, this type of pointing was overtaken in popularity by a substance known as Ordinary Portland Cement mortar (sometimes referred to as OPC mortar). This mortar replaced the lime with cement, mixed again with water and sand to produce a malleable, hard-setting paste.

Pointing is deliberately mixed to be less durable than the surrounding stones or bricks. In the past it would have been to allow the easy dismantling of a wall, whilst leaving the valuable building materials relatively intact. These days, of course, drilling through mortar is an easy way to attach outdoor electricity cables into a property.

Because it is weaker than the surrounding bricks, coupled with the fact that the building industry did not enjoy the same high production standards as it does today, pointing often deteriorates due to exposure to the elements, or it can become damaged through some other means.

Repointing brickwork simply involves repairing or, in serious cases, replacing the original mortar with a new layer of pointing.

What are the consequences of damaged pointing?

It really depends on the extent of the damage. It’s conceivable that a small bit of pointing damage can go unnoticed, and provide no ill effects to a property. However, it is more likely that damaged pointing will lead to serious consequences. A crack or a hole in a property’s mortar can allow the ingress of water into a building, resulting in water damage, damp and rot. Particularly severe disintegration of the mortar and result in a risk to the structural integrity of a building, and even the collapse of a wall. Moreover, left to its own devices, poorly maintained and damaged pointing can only possibly get worse. This is why repointing brickwork is so important.

First things first: it is vital at the start of any project that involves repointing brickwork to determine two things – the extent of the damage, and the make-up of the existing pointing. Assessing the damage is straightforward, but entails a thorough survey of the property. Evidence of pointing damage in one part of a building can often indicate further deterioration elsewhere. Our team of skilled brick repointing engineers will inspect the building or wall in question, marking areas that require their attention. Once this is done, we will take a sample of the existing mortar to determine whether it is a modern OPC mortar or an older lime mortar pointing. The age of the building can be an indicator, but not always a useful one. Whilst OPC mortar took over in popularity in the 1930s, it had been used in construction since the mid-nineteenth century. We also need to ensure that we have the right mix of cement, water, and aggregate, as we have to match the new mortar with the old mortar as closely as possible when repointing brickwork. 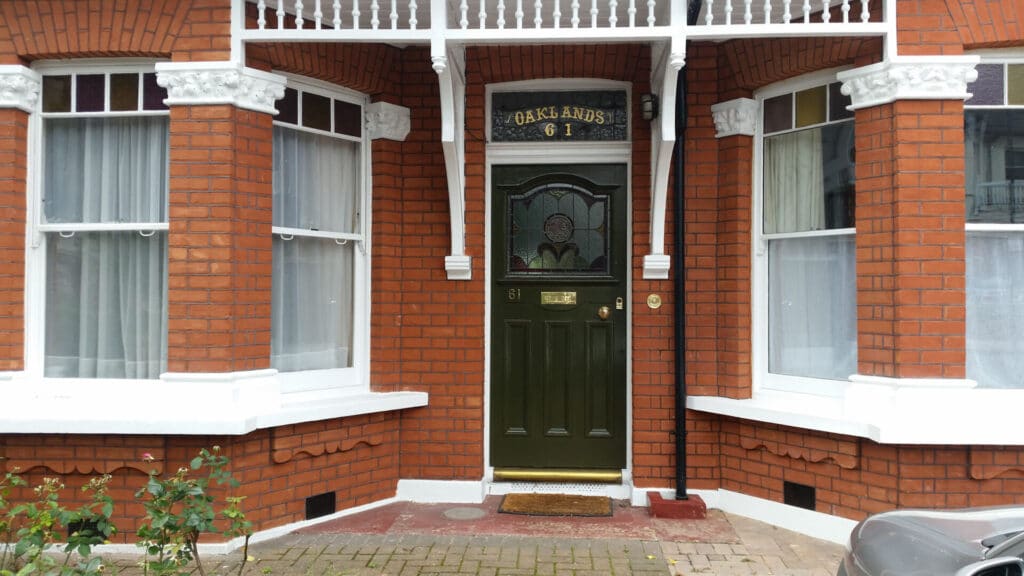 What does brick repointing entail?

Whilst repointing brickwork seems a relatively simple process on the surface, it is one best left to the professionals at Blake Pointing. It involves far more than simply slapping some fresh mortar over a hole, and a poorly performed brick repointing job will only exacerbate the problems it was intended to address.

Once we have completed our survey and you have agreed to your free, no-obligation quote, the next step is to remove the existing pointing. We want to utilise as much of the original mortar as possible, as it provides a more solid bond with the brickwork. However, damaged pointing has a tendency to spread, so we do need to cut away and remove the affected area as far back as we can, so that only healthy, solid pointing remains.

Mixing up the new pointing

With the analysis of the original pointing complete, it’s time to whip up a new batch that matches it as closely as possible. This is where over 100 years of combined experience in repointing brickwork comes into play. If we want a solid, sturdy, and dependable bond, it is vital that we get the mix for the mortar just right.

Once we’re satisfied with the consistency of our new pointing, it simply remains to apply it to the gaps in the brickwork. Again, while it appears a straightforward procedure, it takes skill and expertise that only comes with years of practise to successfully file the narrows gaps between the bricks. Repointing brickwork takes time, but the end result of a fully repaired and repointed wall is one that is well worth the effort.

Repointing brickwork to a satisfactory standard requires skill and experience, both of which our team of experts have in plenty. Among the many reasons to choose Blake Pointing for your brick repointing needs, these are some of the most popular, according to our extensive list of satisfied clients.

For the past fifty years we have been based out of our office in Romford, Essex. From here we cover a 25-mile radius that takes in a large part of the South East, including most of Essex, as well as Loughton, Wanstead and East London. With a team experienced in the finer aspects of repointing brickwork right on your doorstep, you need look no further than Blake Pointing for all your brick repointing requirements.

Over 100 years of experience

Continuously trading since 1969, Blake Pointing is among the most well-established brick repointing companies in the country. Specialists in repointing brickwork, our team of experts have over a century of combined experience in the industry between them. This level of expertise is what sets us apart from other brick repointing firms in the South East, ensuring a level of quality and professionalism that will not be beaten.

For all your brick repointing needs in Loughton, Wanstead and East London, get in touch with Blake Pointing today on 01708 344 855 or 07958 761 226. A member of our friendly and professional team will be happy to offer their expertise in repointing brickwork, and provide you with a free, no-obligation quote.
CONTACT US
Scroll to Top